UNITED STATES: The President of StarMentors, Inc. Jay Jaworski announced today the signing of Grace Bawden. Grace is Australia’s best new operatic vocalist and performer to their family of extraordinary talented artists.
Mr. Jaworski is excited to announce: “This is a special time for our company, especially when a rare talent as Grace finds StarMentors, Inc. the right partner to join forces.

Grace’s reputation as one of the best vocalists to emerge from Australia will surely allow Starmentors, Inc. to complete our goals of offering the best international talent and artists today. Grace is in a league all her own, her talents and music are extraordinary. Her talents have allowed her to be rightfully referred to as “Australia’s Greatest Operatic Discovery.” StarMentors, Inc. is pleased to work with her on many of our ongoing efforts and exciting new musical ventures.

About Grace:
Where does one begin to describe the level of accomplishment and remarkable path Grace has taken in the recording industry, theatrical arts and live performance. Grace’s is one of Australia’s keepsakes after being named as the Judges Choice Grand Finalist at Australia’s Got Talent. Grace’s stunning performances on this national event eventually lead to her to receive the “Living Legend Award” in the City of Salisbury Australia and becoming the Friends of Australia Ambassador to Tourism of Australia through her charitable work. Grace has become one of the most sought out performers in Australia gracing the stage of the top operatic touring companies. Her four-octave
range vocal range is extremely rare and truly the highlight of any performance she in part of.

Multi-Platinum and Grammy Award Willing Producer Keith Thompson describes Grace in his own words:
"Grace’s voice is one of the best I’ve ever heard!! …Dear God, this girl is a star! In my opinion, all she needs to do is stand up there & smile the way she does. The music is a bonus! That’s star power for you." Australia was taken by Grace’s amazing talent when her flawless performances won Grace the Judge’s Choice, Grand Finalist in the Channel 7 Australia’s Got Talent 2008 series and immediately was noticed by many heavy-weights in the music & entertainment industry, including Entertainment Editor, Richard Wilkins; Australian Idol Judge, Mark Holden, BJ Cook, & Hans Ebert, Former Executive Director, Universal Music & EMI SE Asia. All of this before she was 15 years old. This was just the beginning.

Shortly thereafter, Grace completed work on her Debut Album “Gifts of Grace”, with multi-award- winning Producer/ Writer, Audius Mtawarira and despite offer of a recording contract by a major Sony BMG, Grace remains an independent artist. One of her highlights was singing with the Soweto Gospel Choir, as featured in “Cold Outside”. Later in 2008, Grace sold-out her Sydney Opera House show for World Youth Day, finishing to a standing ovation. Grace was ranked #57 out of over 2000 applicants world-wide for entry into the prestigious Centro Universale del Bel Canto (CUBEC) in Modena, Italy in 201.

This prestigious organization is run by one of Italy's most revered & beloved sopranos, Ms Mirella Freni.  As one of the youngest auditionees to be considered for acceptance, her she was able to perfect her amazing talent and open the doors to her amazing career. Thereafter, Grace attracted full-house standing ovations to a sell-out season of Co-Opera's production of Madama Butterfly, performing in the lead role of Cio-Cio San.  Grace continued her success and went on to stellar performances as Leonora (Il Trovatore), Despina (Cosi Fan Tutte), Countess (Marriage of Figaro), Yum Yum (The Mikado) and Mimi (La Boheme). She continues to perform to sold out audiences and standing ovations and now is working with Starmentors on the next phase of her amazing musical Journey. Grace has featured in global news through NITV and SBS World News and is also the subject of a feature documentary, “Finding Grace” which is currently in production. 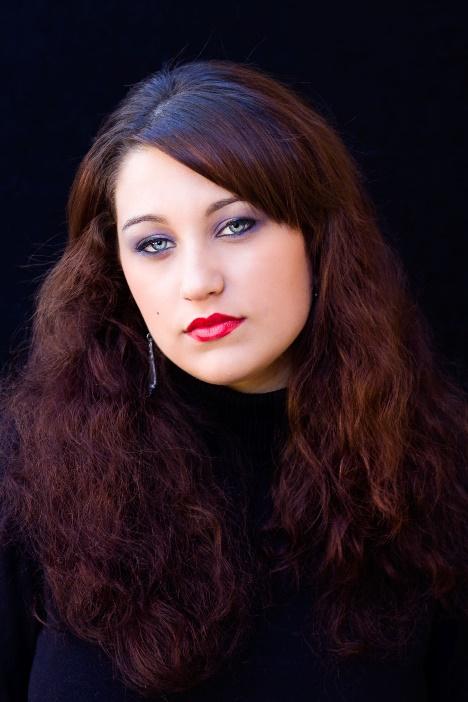