The President of StarMentors, Inc. Mr. Jaworski is excited to announce: “Our company cannot express the excitement we have for the opportunity to work with this amazing athlete. Tony Volpentest’s story is exactly what StarMentor’s Films was founded for. Tony’s extraordinary accomplishments and dedication to his sport is a moving example of the human journey to succeed against life’s many obstacles. Once our staff learned the history of this amazing man and once introduced to the inspiring and influential people who were part of his journey including Coach Bryan Hoddle and Ross Perot, we immediately knew this was the right feature film project for us”. Mr. Sergio Lopes, StarMentors Entertainment Development Advisor to special projects comments; “Tony is the physical proof of the existence of a superior power conducting our lives.” Mr. Jay Jaworski continues, “StarMentors Films is proud to open the doors to the possibilities of what a special movie Tony’s story will make. It will surely inspire others to overcome life’s difficulties, help them succeed in theirs dreams and lift one’s spirit. We are honored that Tony has trusted us with his extraordinary story. We know that he’ll inspire kids and others around the world. They will say, “If Tony can do it, I can do it”.

Tony Volpentest is a four-time Paralympic Gold Medalist and five-time World Champion sprinter. Although born without hands or feet, Tony began his international dominance as far back as 1990 when, at age 17, he claimed gold in the 100 meter, 200 meter and 400 meter at the World Championships in St. Etienne, France. However, it was Tony’s two world records at the 1992 Paralympic Games in Barcelona that speaks for itself. Here he claimed two gold medals, taking victory in the 100 and 200 meters as well as picking up silver in the 400 x 100-meter relay. July 1996. Atlanta, Georgia Paralympics. Tony once again confirmed his status as one of the world’s finest athletes. Having been chosen to carry the Olympic Torch in homeland, U.S.A, and inspired by a large home crowd, Tony once again claimed gold in the 100 meter setting a new world record (11.36 seconds) and took home another gold in the 200 meter. In 1999 at the ISOD World Championships in Barcelona, Spain, Tony’s fierce determination and unsurpassed strength led him to gold again in the 100 and 200 meters as well as a new world record in the 200 meter (22.85 seconds).

Tony has also had significant success competing in road events throughout the US (Goodwill Games, U.S. Olympic Fest), Canada (Bailey vs. Johnson One to One Challenge of Champions), Australia (XI Paralympic Games), and Japan. He has won numerous honors including the International Olympic Committee Presidents Disabled Athletes Award, the United States Olympic Committee Athlete of the Year Award, the Franklin Delano Roosevelt Award for the Physically Challenged, Seattle Post-Intelligencer Sports Star of the Year Award Winner (1992 & 1996), National Spokesman for Shriner’s Hospitals (1991 – 1993) and in 2009 was nominated to be inducted into the Olympic Hall of Fame. Tony’s charismatic personality has earned him national exposure and features on ESPN, 48 Hours, CNN, Ripley’s Believe It or Not, How’d They Do That, Maury and Sports Illustrated, to name a few. Today, Tony Volpentest shares his story hoping to inspire others through his experiences. He currently speaks on behalf of the United States Olympic Committee as an Athlete Ambassador helping to prepare both Olympians and Paralympians 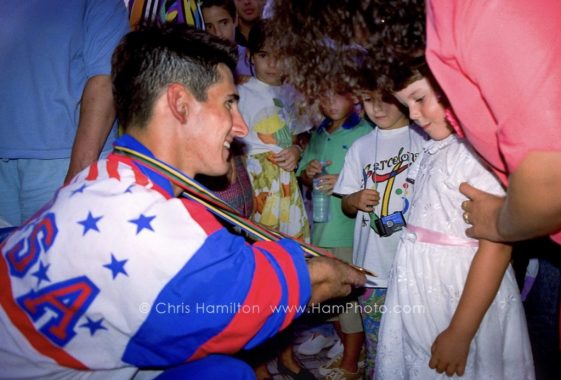 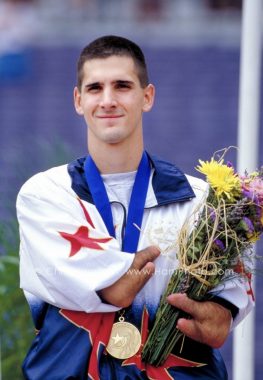 StarMentors, Inc. is a collective world-class organization of top creative entertainment development professionals and executives that have combined their proven talent, history, and expertise. Their corporate offices are located in Kansa City with a presence in Los Angeles, Miami, New York City, Nashville and Denver Colorado. Their goal is to develop, create and provide the best entertainment, motions pictures, live musical events, musical talent, quality media content and resources to deliver the best entertainment available.