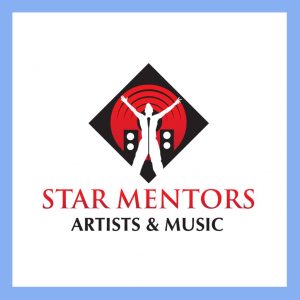 The StarMentor’s Family of Extraordinary Artists

StarMentor’s talent search staff is actively seeking the best new musical artist to add to our family of talent.
The StarMentors organization goal is to discover, develop, and provided a launching platform for some of the best new talent available worldwide.

Anayle, is one of the top Evangelical/Contemporary Christian Brazilian singer-songwriters today. Her original brand of Praise and Worship music has been extremely popular throughout the Latin America countries, communities and worldwide. Anayle has reached the top of the charts achieving popular hits spanning many months at #1 on Christian radio. Her hit songs and radio popularly provided her opportunity to support her charting successes allowing her to perform at countless successful concerts and events. Anayle is now preparing for her next tour and working on her next special album. Anayle has a vision, one that she has been carefully crafting for her following. Currently, Anayle is working with Emmy Award-winning producer Cliff Downs in Nashville Tennessee and with other major Hall of Fame writers and composers. This album is surely going to again bring Anayle to the forefront of the Christian Praise and Worship Music industry. Her new music will be released in 2020 with an extensive tour of the United States, Latin American and beyond.

Michael Sullivan, is the #1 Brazilian  singer-songwriter , lyricist, composer, singer, musician, and producer. Michael Sullivan is considered the most prolific and successful Brazilian songwriter of our time, with more than 2000 recorded songs by Brazilian, Hispanic and Global artists, released in 60 markets in Latin and North Americas, Europe, Asia and Middle East regions.

Grace Bawden has been described as Australia’s Greatest Operatic Discovery. Where does one begin to describe the level of accomplishment and remarkable path Grace has taken in the recording, theatrical arts and live performance world market. Grace is one of Australia’s keepsakes after being named as the Judges Choice Grand Finalist at Australia’s Got Talent.

Grace’s stunning performances on this nationally televised event eventually led to her to receive the “Living Legend Award” in the City of Salisbury Australia. Grace has become one of the most sought out performers in Australia gracing the stages of the top operatic touring companies. Her four-octave range vocal range is extremely rare and truly the highlight of any performance she is part of. Multi-Platinum and Grammy Award Willing Producer Keith Thompson describes Grace in his own words:

“Grace’s voice is one of the best I’ve ever heard!! …Dear God, this girl is a star!
In my opinion, all she needs to do is stand up there & smile the way she does. The music is a bonus! That’s star power for you.”

Grace released her Debut Album “Gifts of Grace”, with multi-award-winning Producer/ Writer, Audius Mtawarira and despite an offer of major recording contract Grace remains an independent artist. Grace’s ongoing successful career found her performances continuously ending in full-house standing ovations to a sold-out shows of Co-Opera’s production of Madama Butterfly, performing in the lead role of Cio-Cio San.  Grace continued her success and went on to stellar performances as Leonora (Il Trovatore), Despina (Cosi Fan Tutte), Countess (Marriage of Figaro), Yum Yum (The Mikado) and Mimi (La Boheme). She continues to perform to sold-out audiences to standing ovations and now is working with Starmentors on the next phase of her amazing musical journey.